My name is Saeta (Dart in English). I am 10 years old and I am happy. I have had a hard life though, both as a puppy and as a mature dog. Up to 6 months old, I was walking the streets “fighting for a bone”. I had found a tiny corner in an apartment building to get through the night, but I was soon expelled and ended up, I don’t know how, in a cage.
When I became one year old, someone adopted me and I was assigned to guard a carpet factory. Two men, whose language I could not understand, paid some attention to me from time to time and put some food in my dish. When the factory closed for the day, I had nothing to do and I dug holes in the ground. Once (I don’t know what came through my mind) I decided to play with the carpets themselves. What a joy! I transformed some carpets into many, many threads! Unfortunately nobody appreciated the “new designs’’. They tied me outside the fence and called someone to pick me up. My punishment for this act: three years in prison (in a cage)!!!

After that period, something seemed to change.A boy came and picked me up. And I boasted that I would have a home and a family for which I longed so much. But what an irony! They tied me up too. Did they know my past perhaps? I was fast in my moves- a real dart (Saeta)-and they did not like the games I played and the jumps I made at all. Once, I got sick. I had diarrhea with blood. The bean soup cooked in a rusty pot was not the best for me but I was given no choice than to eat it. That’s what they usually fed me along with some bones. They returned me, therefore, as “defective” back in the familiar cage. At least there, I had a clean plate of dog food to eat.

When I became 8 yrs old, luck knocked at my door once again. From then on, I live in a house with two other happy dogs. I can give affection and play with children and elderly people.

I am still running and jumping like a dart (Saeta in Greek) and finally I am proud of my name!

At 15, Saeta passed away. She has had many friends here with us, but quite a few of her team buddies of as well where she is now. 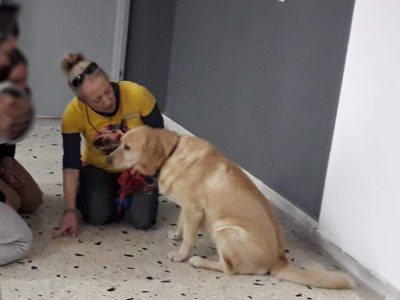 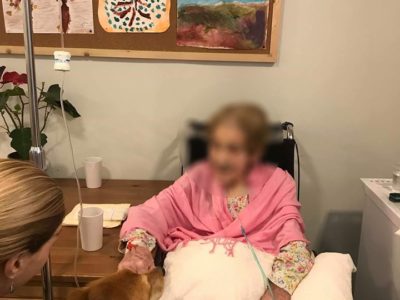 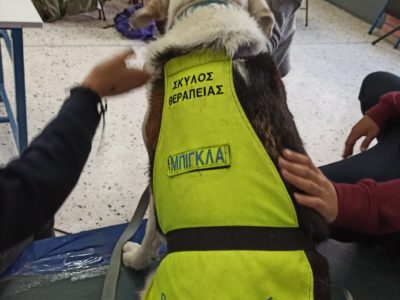 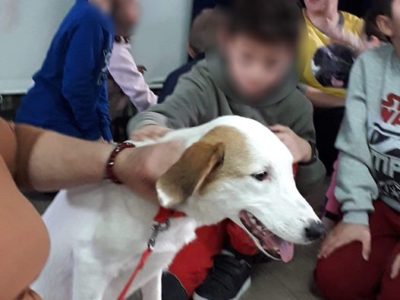 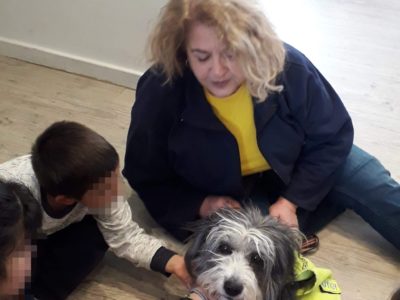