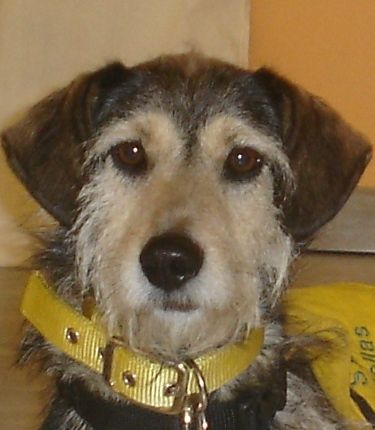 Morfi was one of the few creatures with a name so fitting to her character, a true canine “figure”.

Her story begins like this:
One day, as Panayotis was driving by a gas station on a central Athens street a tiny creature runs to the very busy street. Risking a serious traffic accident, Panayotis stops, gets off his car and literally grabs the puppy who was only about two months old and was about to be run over by the following car. He gets back in his car, this time with company. This was Morfi and her gaze was in a way saying: “you are my new guardian, that is it”. We all know what happened ever since Panayotis and Morfi first met…

As Morfi was growing up, she was becoming sweeter and quite lively. And, as much as her “nerve” and wits sometimes annoyed Panayotis, he grew to love her deeply. Her temperament was a sweet challenge in all aspects.

But, something weird happened with the development of Morfi. Until some point in time seh was getting taller and taller, as any puppy does, but then, this stopped and Morfi started growing longer and longer and … longer. So, even her body was very special.

Morfi was a wonderful, mixed breed dog of the terrier group, who, despite of her small size, was really big in disposition.

In the summer of 2010, Morfi passed away due to a very severe and extremely rare and aggressive type of erlichia canis, even though her blood tests were perfect until then. She has been and always be very, very missed, her absence from our team of dogs was so sudden and harsh. We will miss her ever exploratory and lively gaze, her unique temperament and wits. And of course, as she will always be in our hearts, he picture will always be amongst the rest of the dogs of our team, a team to which she contributed so much … 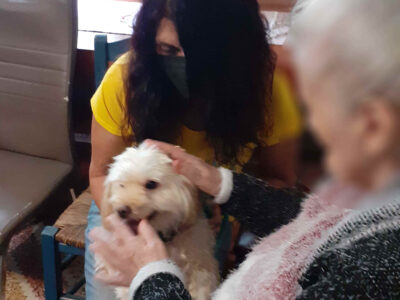 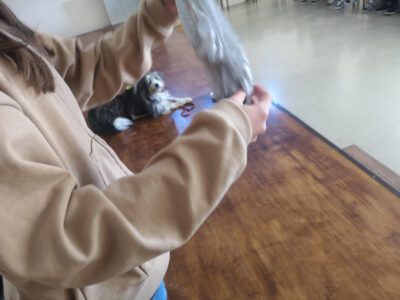 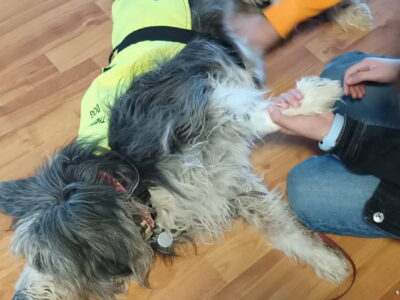 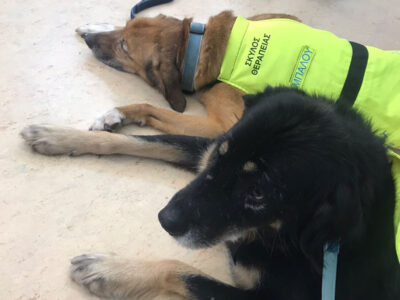 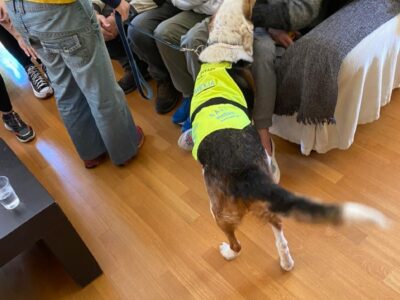