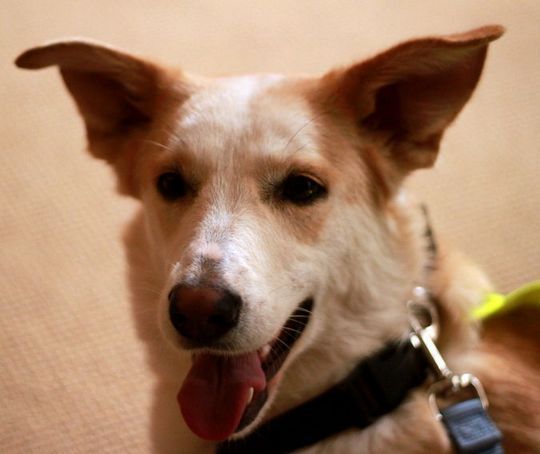 As far as I remember, I was abandoned with my two sisters, on a hot summer evening, at the age of just one and a half month old.

We wandered around the streets following the pedestrians, but nobody paid attention to us.

Suddenly, two hands picked all of us up and hugged us tightly. Soon after, we arrived at a house with four other dogs and a couple. What a big, happy family.

The lady who saved us, called Penny named me Maggie, after the TV hero MacGyver. You see, I have a talent in overcoming any obstacle that comes in my way. Nothing can stop me!

We stayed with this family until we were seven months and then we moved to another family (probably relatives of the first one), where we met another five dogs in a huge garden. We had a wonderful time and were carefree. I did miss my first family, but at least they visited us quite often.
One day, Penny picked me up and drove me to a new family where I was the only dog in their home and they only had a cute child.

I felt I was adopted, finally. But unfortunately, (good for me) the husband developed a respiratory allergy to dogs, so I had to be taken back. This time, I felt like the happiest dog on earth.

I now live with my first parents Penny and Panos, my seven dog and human mates (six with four paws and one tiny human called Sophie Penny and Panos’ daughter).

Every week, I visit different schools with Penny, in order to tell children how lucky I have been in my life. But also, how cruel it is being a stray dog, instead of living with a nice family, like my own! 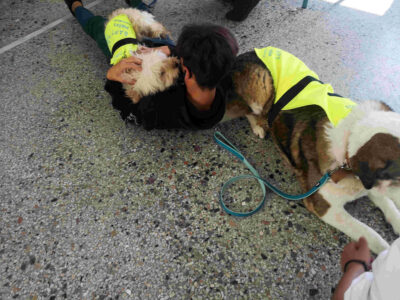 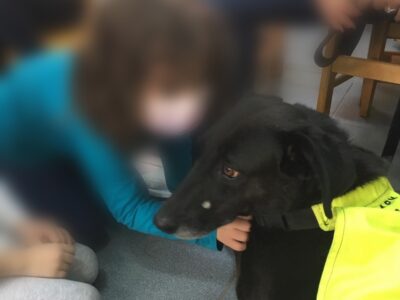 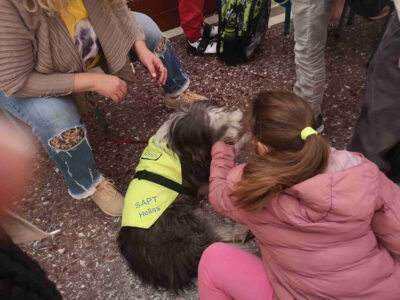 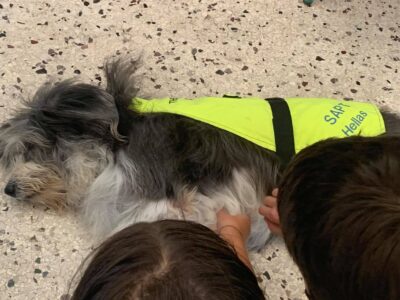