You are donating to : Giorgos from Chalkida 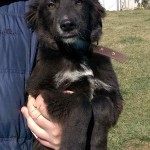 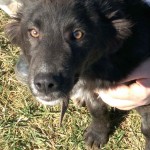 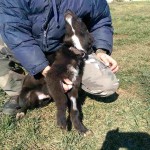 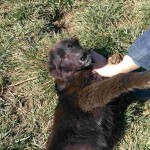 Giorgos was found on the 25th of January 2015 in an area very close to Chalkida, in Evia. He was about five to six months old at the time, all by himself, completely abandoned, in the middle of nowhere, since there was absolutely nothing in the area where he was found. Giorgos is an adorable little creature who was found in a terrible state. He was all skin and bones, most likely poisoned, and he was facing death in his near future. Nevertheless, the moment we spoke to him, he started wagging his tail, with what strength he had left inside him and looked at us with hope, as the look in his eyes suddenly became vivid the moment he realized that somebody had finally noticed him. Giorgos was standing on the side of a road who runs through empty fields, but a busy road nonetheless. Cars were always passing by, but nobody was paying attention to him, although his was literally standing on the road with his two front legs and half of his body was in the street, while cars were passing by right next to him, so close to him in fact that it could have proven to be lethal.

After looking for an animal clinic in Chalkida and the surrounding areas for hours, we managed to find one, where Giorgos was examined and then hospitalized for a week. He was syringe fed the first couple of days as he refused to eat anything at all. Soon, however, he started eating and he hasn’t stopped since, while he also prefers cooked and roasted food, although he eats his dry dog food with the same appetite.

Easy going in every aspect without exaggeration, he is the most affectionate man I have ever met! He loves to be petted, particularly in the area around his throat. He won’t stop wagging his tail! He is very friendly, while at the same time he has proven to be a very good guard dog. He is incredibly sweet, intelligent and obedient.

Giorgos has long been cured, although he will need to stay with us for a little longer, in order to gain some weight. He has been vaccinated, wormed (both for endoparasites and ectoparasites); his microchip number is 941000016707125, and he has had blood tests, the results of which came out fine.

Giorgos is currently staying at a boarding kennel. The girl who found him is covering the monthly fee. However, it is urgent that the right home for George will be found soon, since the same girl found and is covering the costs of another dog as well, Frosso. If you would like to meet George, feel free to contact Evangelia on 6980-319699. However, for even greater support, you could fill out our questionnaire, so that our volunteer dog training instructors can assist you with your meeting with him. If all goes well and you and Giorgos get along with each other and you eventually decide to adopt him, then we will also offer to you our free-of-charge help and support while he is adapting to his new home. 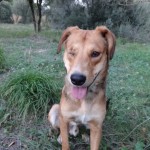 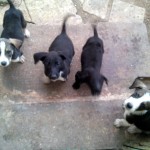 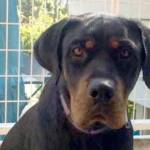 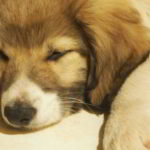 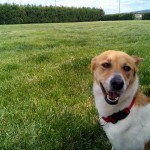